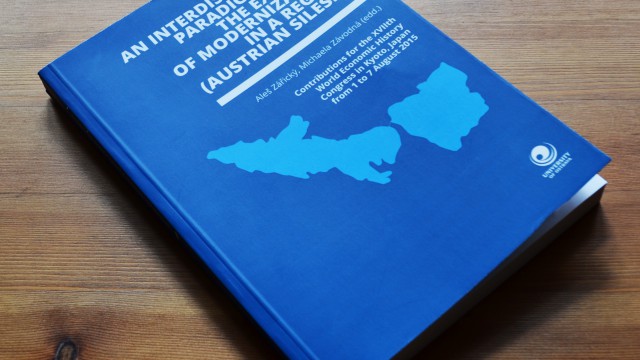 This publication presents the results of research carried out by members of the Centre for Economic and Social History at the Faculty of Arts, University of Ostrava, and by colleagues from other workplaces in the Czech Republic and abroad. The opening papers explore the concept of the region in a broad perspective, situating it within contemporary discussions of historical continuity and discontinuity. This approach is particularly apparent in the contribution by Jiří Štaif, who addresses issues related to current social and/or cultural history. Štaif views the Lands of the Bohemian Crown as a form of playground, a ‘laboratory’ for humanity throughout the whole of the ‘long’ 19th century. He also considers the question of whether social history is suffi ciently mature to borrow from other social sciences the concept of symbolic centres— the space within which modern society is formed. In this respect he assesses the work of Czech historiographers who have studied 19thcentury social history over the past three decades, highlighting their attempts to integrate an economic approach to modernization with a culturally oriented approach to social history, emphasizing not only collaborative but also confl ict-based models of human relationships. Only in this way is it possible to determine in what conditions the space for social change was formed. This is closely connected with the necessity to explore the concept of social crises—particularly the process of accumulation of social confl icts which radicalized certain strata of society and thus dynamized interpersonal relationships within the above-mentioned concept of society as a ‘playground’. These general topics are exemplifi ed in a more specifi c way in the study by Lukáš Fasora, focusing on the issue of Kulturkampf. This is viewed as nan expression of cultural modernization involving the confl ict between the Catholic camp and the ‘progressive’ camp in the Bohemian Crown Lands during the 19th and 20th centuries. Within this framework, the author sets out to analyze the relation between centre and periphery. The study shows that on the regional level, Kulturkampf—viewed as a way of creating a better society—naturally ran up against the tough struggle discredited it in the eyes of society; it brought a destabilization of cultural structures which at the time were replaceable only with great diffi culty. Kulturkampf thus represented an exceptionally fl exible tool of modernization, with highly uncertain and risky consequences for anybody who became involved in it.

The region can, however, be viewed not only through the perspective of cultural and social history, but also as a place of close interconnections in the economic sphere. As Antonie Doležalová points out, it is essential to distinguish between two concepts: the region as a space within in which research is conducted, and the concept of the region as the actual subject of the research. The second concept has now been taken up by Czech economic historiography thanks to the interest of professional historians. Research focusing on the region and regionalism (primarily from the economic perspective) was one of the specifi c challenges which faced historians already before 1989— above all in connection with research into the history of the working classes. However, the change of regime enabled historians to expand their perspective beyond this narrow focus. The study of the region is currently approached from an interdisciplinary perspective as well as from a multi-thematic perspective, as Milan Myška’s paper points out. Myška presents the historical process of modernization using the example of one region—Austrian Silesia—which acted as a ‘laboratory’ for the Habsburg Monarchy. However, he also points out a number of pitfalls associated with this type of research; as he emphasizes in connection with ongoing research into issues of modernization, regions are not discovered, but rather defi ned.

Attempts at an interdisciplinary and multi-thematic approach are exemplifi ed in the following group of papers, which focus on various individual aspects of the modernization process in Austrian Silesia. The authors explore the attempts by local organizations to improve regional agriculture, as well as the genesis and development of heavy industry (mainly mining) in terms of changes in ownership structures. The subsequent chapters focus on issues related to transport—road, rail, and tram systems. The high-quality transport infrastructure in Austrian Silesia proved to be a key element in the modernization process. Its effects can also be seen in the history of religious life from this period. There was a gradual, regionally differentiated transition from religious homogeneity to a more heterogeneous structure, signifi cantly infl uenced by migration processes. Austrian Silesia and north-eastern Moravia were also affected by the process of secularization; however, this did not lead to widespread atheism. In fact, it is possible to view proselytism as a symptom of modernization within the region. More radical changes in this regard were brought by the First World War. However, as the chapter by Janusz Spyra shows, the process of modernization was also refl ected in marginalized social groups such as the Jewish community.

Migration not only affected the religious structure of society; it also played a role in forming the working classes—a stratum which left a distinctive imprint on the region, and one which still remains visible in the 21st century. The epicentre of this process was the Ostrava industrial conurbation, which was home to the largest numbers of manual workers. On the one hand the region—or at least a large part of it—was the scene of rapid developments in progressive industrial production, but on the other hand it witnessed numerous confl icts between workers and employers—though these need not necessarily be viewed in a negative light.

Migration to the Ostrava region also created a multinational space, and the working classes played a major role in this process. This also left its mark on the culture of the region, as well as contributing to the formation of new strata in civil society—particularly the emergence of new elites in 19th- and 20th-century industrial cities. The new elites in industrial urban areas were representatives of the intelligentsia, whose status was based on their education. A doctorate of law or medicine enabled its holder to earn a very good living by providing specialist services to urban dwellers. Other members of the elites in these modernizing communities were engineers and managers of the local industrial companies. Both these groups had a major infl uence on the political, cultural and everyday life of the city. However, the twentieth century—which brought two totalitarian regimes— erased these elites from the consciousness of the general public. Besides the new elites, the region was also home to the nobility; this social class formed the subject of a text by Wilhelm von Badenfeld, which is interpreted by Tomáš Krejčík in the fi nal paper of the collection.

In conclusion, we can state that the modernization process which began in Austrian Silesia during the 18th century brought major changes to existing social structures, resulting in a wideranging transformation which affected the whole of society. The industrialization of part of the region co-existed with traditional forms of production, while the nobility was marginalized by the newly emergent social strata of the working classes and the intelligentsia. Highquality transport infrastructure combined with massive migration contributed to the secularization of society and the transformation of the religious structure of the region’s population. There is no doubt of the necessity to approach the historical process of modernization as a regional, interdisciplinary and multi-thematic phenomenon.